David Rosenberg: You know a market is all priced in when …

How do you know when the markets are all priced in? When good news fails to incite a positive price reaction.

That has become a major story, because the market is sputtering a little even though a record 87 per cent of S&P 500 companies that have reported thus far have smashed through their earnings estimates (and 95 per cent for tech stocks). Yet, for the companies that “beat,” the average price move in their shares the following session has been -0.2 per cent; and try -1.6 per cent for the tech sector (Apple Inc., Microsoft Corp. and Amazon.com Inc. all sharing that fate last week). 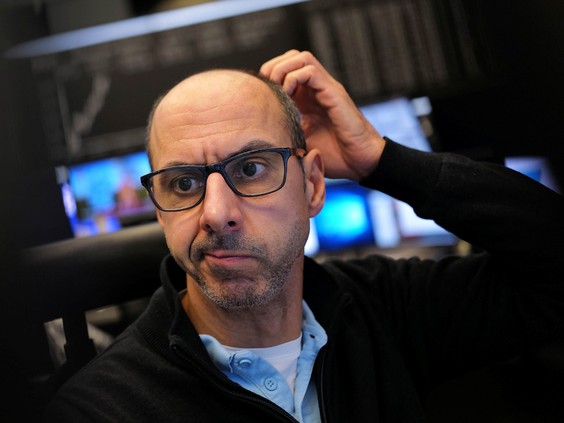 It’s a classic case of selling the fact after buying the rumour, and of selling strength instead of buying the dips. Declining stocks outnumbered advancers by two to one on the Nasdaq and NYSE on Friday. Losses were broad, but defensive sectors such as utilities, consumer staples and real estate did not succumb.

The plain fact of the matter is that expectations have run well ahead of what earnings are delivering … the analysts were already bullish, but the market pricing went far and beyond the bottom-up estimates, which is how we get a forward P/E multiple of 22x to 23x (or 40 per cent above the norm).

Bubbles in sentiment are showing up everywhere. For example, the put-call volume ratio has been below 0.6x nearly every day since Nov. 20, the longest stretch in at least eight years (this contrarian indicator has often flagged at least minor market declines when the ratio dipped below 0.6x). Within the Investors Intelligence poll, we have 59.2 per cent bulls and 16.5 per cent bears, a 43-percentage-point spread that is in the “danger zone” and not far off at all where we were in the fall of 2018 ahead of a near-20 per cent drawdown. And the Ned Davis Research Crowd Sentiment poll recently went to its highest level since prior to the February 2020 market peak.
BUSINESS TRENDS

There are some notable divergences going on between the price action and the narrative. The yield on the 10-year T-note has not made a new closing high (1.74 per cent) since March 31. The stock market tends to lead the commodity price, so, with that in mind, it is fascinating to see the S&P 500 energy sector slide 2.7 per cent on Friday, and fall 7.2 per cent from the nearby March 12 high and is no higher today than it was back on Feb. 14. That would make 35-year finance veteran Grant Williams say “Hmmm” to be sure. And shouldn’t the PHLX Semiconductor Sector Index (SOX) be blowing out to new highs with all the semiconductor shortage talk? But here we see the sector slumping 2.9 per cent on Friday and is now off 5.9 per cent from the April 5 high and actually lower today than was the case back on Feb. 11. And look at the pro-cyclical Dow Jones transport-to-utility ratio, putting in a classic double-top and a classic topping formation since the middle of February.

I have to add that when we see an article titled Investors Stock Up On Shares In Record Numbers: Individuals in U.S. Keep Raising Holdings as Indexes Reach Highs and Volatility Declines on the front page of Monday’s Wall Street Journal, you know just how overbought and over-owned the stock market has become. It may be the most overcrowded asset class on record. The U.S. Federal Reserve flow-of-funds data show household exposure to the stock market has never been higher, which makes the claim that “this is the most hated bull market ever” a complete lie being promulgated by the promoters.

These are all signs of a market that had long priced in 6.4-per-cent real GDP growth for Q1 and what seems to be a double-digit burst for the current quarter. And after the burst comes the bust via the fiscal cliff that most Wall Street economists are either unable or unwilling to see. For now.